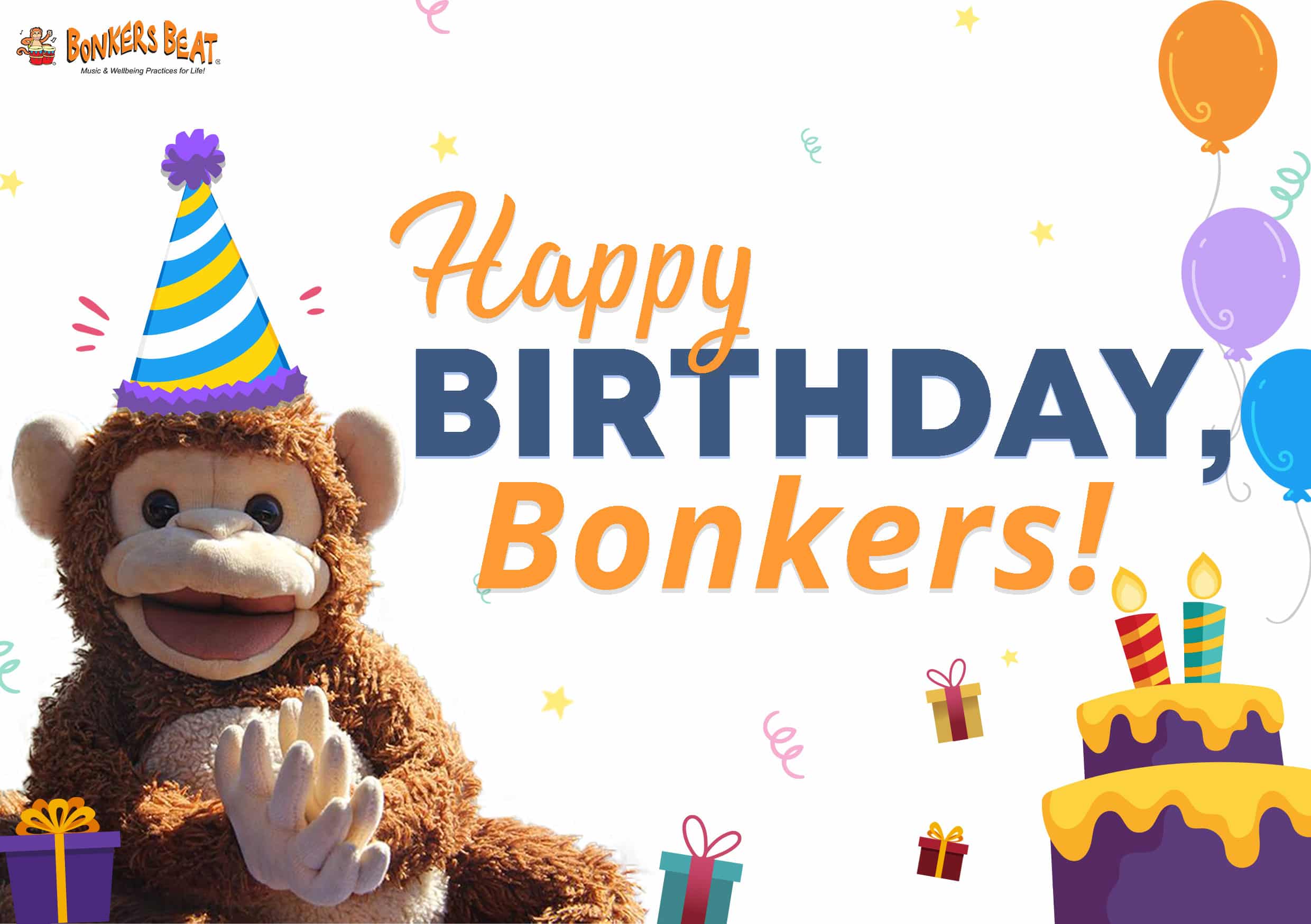 Bonkers is the beloved heart and soul (and face!) of Bonkers Beat. This cheeky monkey is also very smart and adventurous. He loves music and he loves to learn. Sharing his love of learning, music and wellbeing with children and helping educators and parents do the same is his mission, and he does it so well.

Bonkers’ journey began many years ago in Brighton, a suburb of Melbourne, Victoria. He moved to Aspendale, which is where he loves to spend his time, but he also adores travelling around Australia and the world to spread music and a love of learning with children (and adults) from all walks of life.

Bonkers has been very busy since Bonkers Beat was founded in 2004.

Not long after moving to Aspendale in 2009, his Bonkers Beat Music program was selected for the DEECD Innovation Showcase (Department of Education and Early Childhood Development).

One year later in 2011, his Bonkers Gym Wellbeing program was also selected for the DEECD Innovation Showcase!

When 2012 came along, Bonkers was very proud when the first centre implemented the Bonkers Beat Programs in Victoria — and it was only going to grow from there! Later in 2012, the Bonkers Beat Music Kinder in Aspendale was rated ‘Exceeding’ under the National Quality Standard (NQS)! This was a direct result of embedding the Bonkers Beat programs!

Many early childhood education services joined Bonkers and implemented his programs in their centres over the following years, and then in 2015 Bonkers’ best friend and companion Galina was honoured with the National Excellence in Teaching Award from NEiTA.

Bonkers was already so proud of everything he had achieved, and then in 2018 his Bonkers Beat Music Kinder received the highest possible NQS Rating of ‘Excellent’. It wasn’t long until the Bonkers Beat programs were selected for the School Readiness Funding by the Victorian Department of Education so that even more centres, educators and children could experience the benefits and joy of his programs.

The Covid-19 pandemic saw many educators, children and families face unprecedented challenges, but Bonkers the Monkey was ready to support everyone by taking his programs online and sharing with children all over the world via social media. As a result, the Bonkers Beat educators were nominated for a HESTA Excellence Award.

We can’t wait to see what else Bonkers the Monkey will achieve in the years to come!

To discover more about Bonkers and his programs, click here.

Every year Bonkers the Monkey supports educators, families and sends his love and cards to people all around the globe. He would appreciate receiving a birthday wish from you too! To post a message for Bonkers’ birthday go to his Facebook Page. 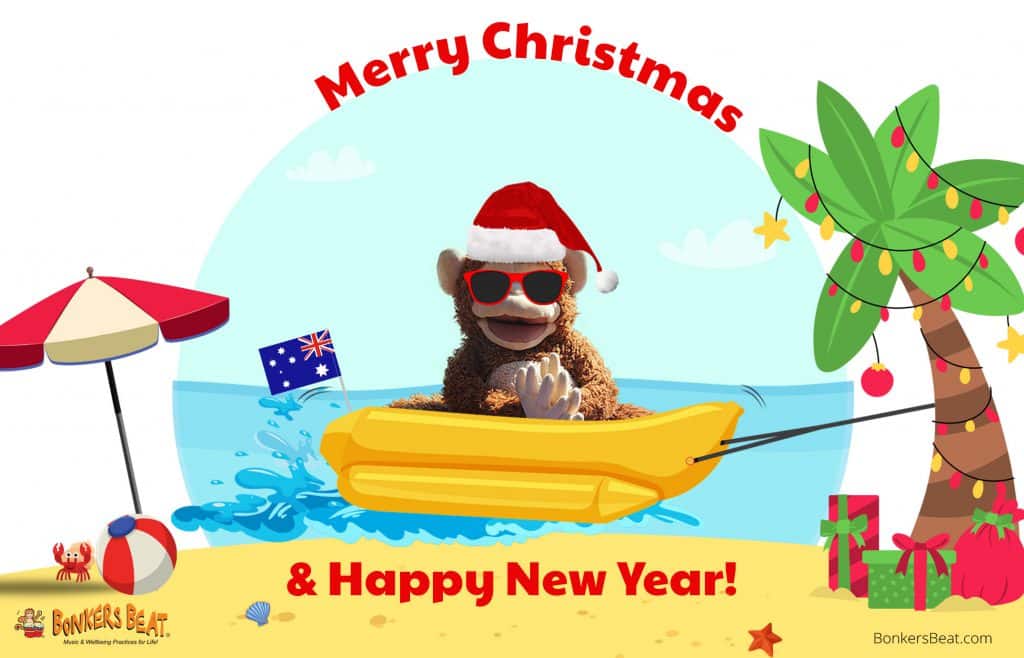 Reflecting and Saying Goodbye to 2021

December 21, 2021
Bonkers Beat
Well, here we are at the end of 2021! Coming into this year we all hoped that we were leaving the uncertainty of 2020 behind; unfortunately, it didn’t quite end up that way. However, once again we witnessed the sheer…
Read More

December 16, 2021
Bonkers Beat
Sustainability is a priority at Bonkers Beat, and we are endlessly amazed by the incredible things that children can create using planet-friendly ideas and recycled materials. To help reduce landfills while still making gifts that will be cherished, we have…
Read More