The Path to Higher Academic Performance in Australian Schools 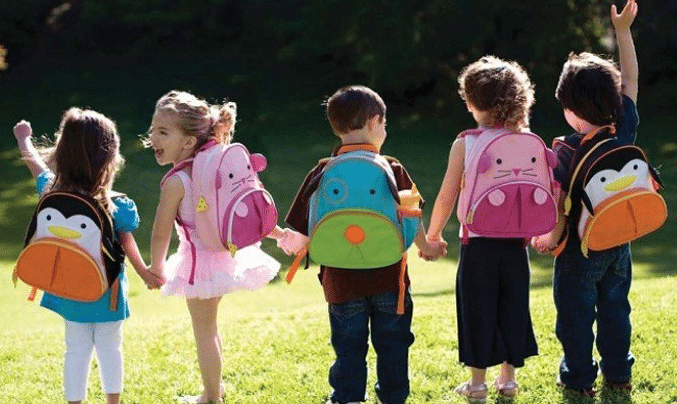 The question of children being school-ready is something that many parents may be thinking about at the moment, as the end of the year fast approaches and school enrolments are in full swing.
Many parents are confused about what age is the right age for their children to begin formal schooling in a primary school setting and it’s not surprising as the age requirements vary quite a lot across each state of Australia. Currently the law in each state is as follows (via Kidspot):
VIC: Children must be five by 30 April to begin the school year.
ACT: Children must be five by 30 April to begin the school year.
NSW: Children can begin compulsory Kindergarten at the beginning of the school year if they turn five on or before 31 July in that year. By law, all children must be enrolled in school by the time they turn six.
NT: School is compulsory from the age of six. Children can enter non-compulsory Transition at the start of the school year if they turn five by 30 June that year. To enter Year 1 (compulsory) children must turn six before 30 June in the year they are enrolled.
QLD: Queensland offers a year of Prep for children who turn five by 30 June in the year they are enrolled. Prep is not compulsory so compulsory schooling begins with Year 1 when children must be enrolled in the year they will turn six by 30 June.
SA: Children must enroll at school by six years. From 2014, all children will start school on the first day of term one in that year so that every child will have four terms of Reception when they go to school. If your child turns five before 1 May they will start school on the first day of term one in that year. If they turn five on or after 1 May, they will start school on the first day of term one the following year.
TAS: Children must be five by 1 January to be enrolled in Prep, the first year of school. In Tasmania you may enrol your child in non-compulsory Kindergarten if your child turns four on or before 1 January of the year they start.
WA: Schooling is compulsory from the beginning of the year a child turns six years and six months of age. Children must be five by 30 June in the same year to attend the first year of school and it’s now compulsory for children in WA to enrol in Kindergarten or Pre-Primary programs.
According to an article in the Sydney Morning Herald earlier this year, the average school starting age in Australian children is 5.2, based on a study from 2012. This is lower than the majority of other developed countries, as is the rate of preschool attendance among Australian students. Interestingly, the starting age of most of the highest academic performing students was higher, with children commencing at age 6 and in some cases even 7 or 8 years old.
At Bonkers Beat, we are devoted to the wellbeing of children and as such we keep up with the very latest and highest quality research from Australia and around the world.
Therefore, we have developed a policy and encourage parents to enrol their children into our funded 4-year old kinder program, particularly boys, who have turned 4 years old prior to January of the year they will attend.  We note this policy is especially important for young boys because of the time difference in the development of boys and girls brains, ‘and since the brain affects cognitive development, attention and emotional regulation, this impacts a boy’s overall “school readiness,” including activity, attention span, and academic development’ (via Earlychildhood News).
Again, this is in line with international research and evidence of emotional and social developmental stages, which are just so crucial to consider when it comes to ensuring a quality, enjoyable education.
Some parents believe that children starting later can disadvantage them academically but there is no research to support this, while there is ample research to suggest that a later starting age would only benefit children, while there is a clear negative impact from children starting too young.
The argument that some children are moved into school because they are bored at pre-school is one that may unfortunately be valid at times, depending on the pre-school children are attending. This is one of the reasons why we are so passionate about ensuring that kinder programs are able to attain the delicate balance of structured and somewhat challenging learning and school readiness initiatives along with free play at this crucial time before children enter formal education. By ensuring that children are stimulated and excited by their pre-school experience, there will be no need for young children to enter formal schooling before they are emotionally and socially ready and ultimately this will only lead to higher academic performance and educational success for all involved.

Essentials to Support Children to Be Ready for School

November 17, 2022
Bonkers Beat
As the end of the year approaches, many kinder-aged children are beginning to look toward saying goodbye to their early childhood education and moving into their first year of formal schooling.  For some children and families this is a very…
Read More

November 9, 2022
Bonkers Beat
It’s that time of year… Once the calendar flicks over to November, the festive period is not far away! Rather than wait till the last minute, take this as your reminder to sort your end of year celebrations out now!…
Read More